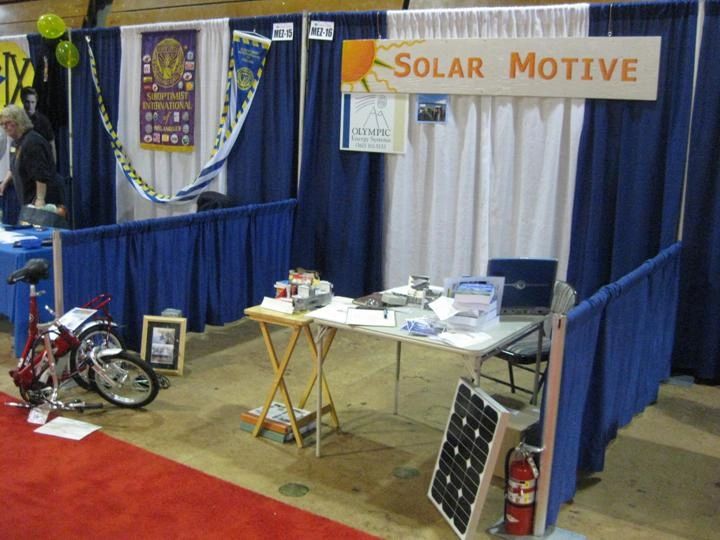 The public was welcomed at our Solar Energy Fair in Fall 2008.  We brought back the Olympic Energy EXPO on Saturday October 25, 2008 at the Quimper Grange Hall in Port Townsend from 10 am to 4 pm, with a Photo Gallergy Tour, Exhibits, and Talks (Solar Energy, Zero Energy Buildings, and The Heating Challenge).  FREE.  The Public was invited.  Contractors and Business Owners should have planned on attending to learn about the potential of doing solar projects and should sign up for the next EXPO. 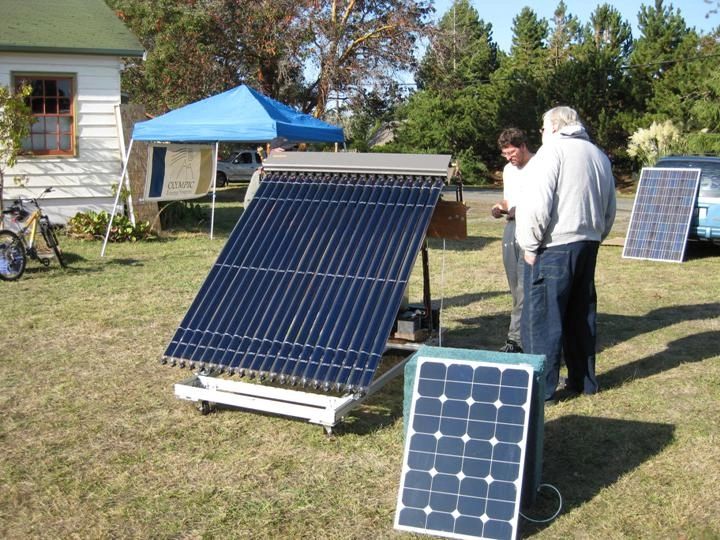 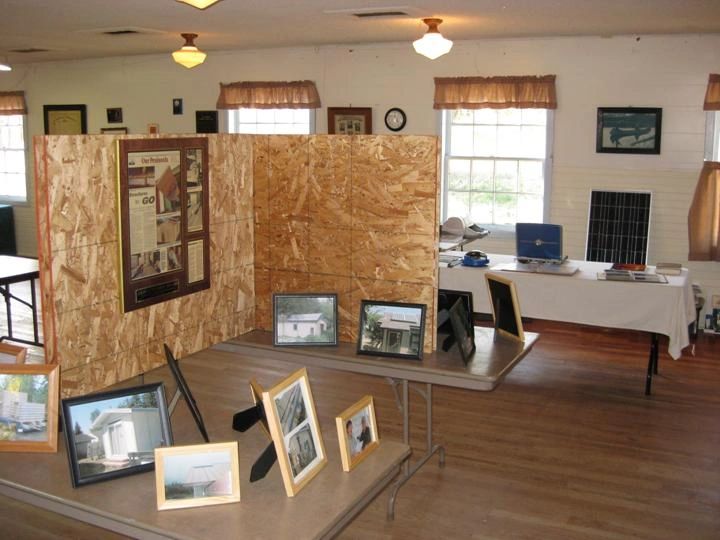 Our last fair on Saturday July 12, 2008, presented a program, "A Populist Movement Toward Solar Energy", an attempt to scope the challenge to the general public in dealing with the emerging energy and environmental woes of the 21st Century.

Our next fair (expo) in Fall 2008 (Saturday October 25, 2008) discussed the challenge of high heating costs.  Learn about this very real challenge, and the challenge of going solar.  Learn how going solar allows us to come to terms with our conventional use of energy.  Look at exhibits, participate in the program, obtain a copy of the preliminary OPS Manual - A Guide to Olympic Peninsula Solar, and enjoy.

The premise of the Populist Movement rests on understanding the nature of Corporatism at work in our modern capitalistic economy.  Populism is not anti-corporate or anti-business.  On the contrary, it recognizes the power and potential of the pursuits of corporate interests, but it also recognizes the need to assure that the public and public interests are preserved.  Populism is merely the complementary activity that balances the goals of both the private (corporate) and public.

"No important change in ethics was ever accomplished without an internal change in our intellectual emphasis, loyalties, affections, and convictions." - Aldo Leopold

A Populist Movement Toward Solar Energy

Populism is of the people.  A populist is non-partisan and non-corporate.  A movement typically starts after a significant "injustice".  Examples include the Suffrage (women's right to vote) and Civil Rights Movements.  A movement often results in new laws or acts of congress.  The new [legal] changes have impacts that accrue to all citizens.  In a solar populist movement, we look at:

1) The current energy regime
2) Identified problems
3) Proposed Solutions and Plans
4) Projected Results...this is where "injustices" have arisen or will arise...

The Movement Toward Solar Energy

Corporatism is hidden, exclusive, confidential, proprietary... and leads to "technologies"

Populism is open, integrative, innovative... and leads to "solutions"

An Amercian Populist Society might be organized as follows:

The corporate, technology-driven process in solving our major problems - primarily in energy - is ultimately inadequate in meeting our overarching goals of sustainability, preservation of the public domain, and respect for individual rights.  That is, "they" (corporations) can not [and will not] solve "our" problems.

Clarify the real physical and legal limits of corporations.

Restore the role of government.

Educate the people in key areas: US Constitution, Sociology, and Science (ie, SOLAR)

Challenge or question the premises of all things corporate.

Establish the people as natural and effective problem solving agents in overcoming the challenges inherent in our globalized free market economic system.

With respect to solar, establish the people as energy managers (who are basically problem solving agents), instead of mere energy consumers (as corporations would prefer).

1) People are sovereign over the government and over corporations.
2) People recognize the existence of public and private domains.
3) The endeavors of corporations and people shall respect the public domain.
4) The government, as agents of the people through the rule of law, is generally responsible for managing the public domain.
5) The democratic form of government is empowered by the people for the people.
6) Corporations and people shall not thrive at the expense of others, except by informed consent of the people.
7) People recognize the importance of technology in improving not only the profits of corporations but the well-being of people.
8) Owners of technology shall be responsible for the negative impacts associated with its intended use by the people.
9) Voting on public domain matters, whether issues, proposals, technologies, or ideas, presumes an informed people.
10) Various technologies that impact the public domain must be allowed to compete in a fair, judicious, and transparent manner, accruing a net benefit to the public domain when adopted.

A populist movement toward solar energy, like any populist movement, strives for a respect for the multitude of perspectives of people, cultures, organizations, communities, industry (including corporations), academics, and more.

We accomplish our mission, and the many goals along the way, by incorporating a wide range of perspectives, so we do not inadvertently fall short in the long term.  Sustainability is, afterall, about assuring the long term.

(Not an) After Thought

In the 2005 documentary on the life of consumer protection (and third party) advocate Ralph Nader, called "An Unreasonable Man", a policy for the U.S. President is proposed:

Olympic Energy Systems and/or Quimper Grange does not endorse political candidates or elected officials, but can and will endorse ideas shared with them.  In fact, the Washington State Grange will debate and document its voted positions in most of the policy areas defined above, in its annual Legislative Handbook.