We are commercializing our patented Tensioned Cable System for mounting solar panels, particularly by using the TCS G1 in Solar Farms and TCS R1 in Barn Roof Solar (where farmers qualify for the 25% REAP Grant and 30% Federal Tax Credit).

You should request a Consultation and contact us BEFORE you seek system quotes from installers.  We have solar energy system development experience and engineering backgrounds.  Our founder is a graduate of Case Western Reserve University (Cleveland) in Electrical Engineering.

Thanks to the students at University of Findlay (Ohio) for this descriptive company VIDEO.  They also helped in the prototype phase for our new Tensioned Cable Mount.

If you are a small business, then you may qualify for a (25% of project cost) USDA grant, on top of the federal tax credit of 30%.  We will develop a solar electric system that returns your investment and then some.

The Initial Consultation will provide background on solar energy technology, products, economics, and the system development process.  A Solar Site Assessment will be summarized in a report, which can help qualify the system owner for important state financial incentives.  As the System Architect, we assist in the early decision, system design, and options selection process in an independent manner, allowing later installation by qualified and licensed contractors.

For a $200 fee, we will perform an Initial Consultation at your site AND provide a report summarizing the solar access, system options for your site, and a Preliminary Design for select options, particularly grid-tied solar electric (photovoltaic) systems.  Only after you have considered the options available and performed due diligence in finding the best system for your site, should you proceed with procurement and installation.

A little history...in January 2009, the Ohio Department Of Development (ODOD) initiated an Advanced Energy Program Grant for Residential Solar Photovoltaic Systems, which for eligible system owners (including those using one of four investor-owned utilities, including First Energy) will pay $3 per installed watt, or about 40% of the system cost.  A typical solar electric grid-tied PV system may cost (installed) $6.50 to $8 per watt, depending on size and other factors.  For more information about the residential solar energy program, go to //development.ohio.gov/cdd/oee/ELFGrant.htm.

For a big picture look at the renewable energy incentives available in Ohio, and the other states and federal level, go to the www.dsireusa.org website and select the incentives menu.  A visit to Green Energy Ohio will be helpful, as well.

See what First Solar has been doing through their first decade,  including cleanly breaking the $1 per watt PV Cost barrier!  Its thin film PV is made for $0.87 per watt (a cost that has surely already fallen again.)  OES can procure crystalline Solarworld PV panels for less than $1 per watt.

There has never been a better time to invest in a grid-tied solar electric system.
Call us for details...360-301-5133  CALL TODAY for an Initial Consultation for Solar Energy


SEE our new product brochure for the Tensioned Cable System, a patented design for an alternative method of mounting solar panels on roofs or on the ground.  KITS now ON SALE!

Edison Solar & Wind is a local solar firm, qualified to install the systems (>2KW) qualifying for the state grant.  OES Solar (our informal name for the Ohio Office) will do a free visit to discuss solar energy and the system options, then you can proceed with your choice of installer.  Edison Solar & Wind's website provides a very good overview of solar, including a simple schematic, links to further information, and their development process. 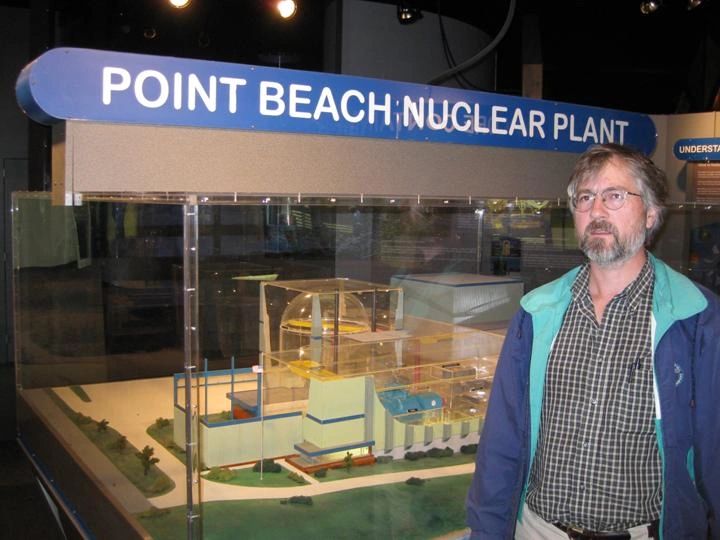 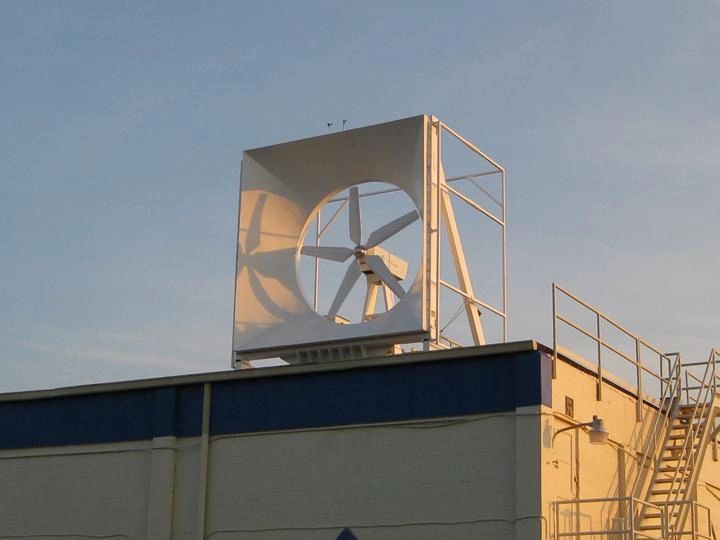 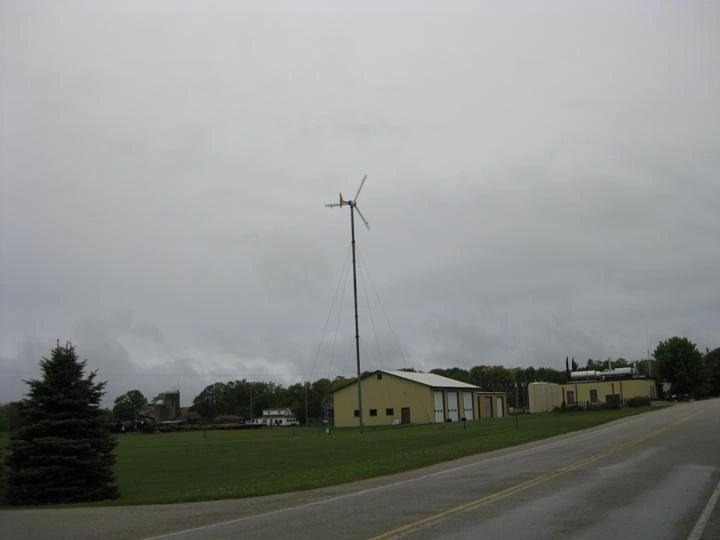 This turbine has been on Washington Island, Wisconsin for decades.  The island first got electricity from a bank of diesel generators, then more recently from the latest nuke plant in Kewaunee, Wisconsin.  A KWh cost $0.17 in 1976, now about $0.07. [June 2009] 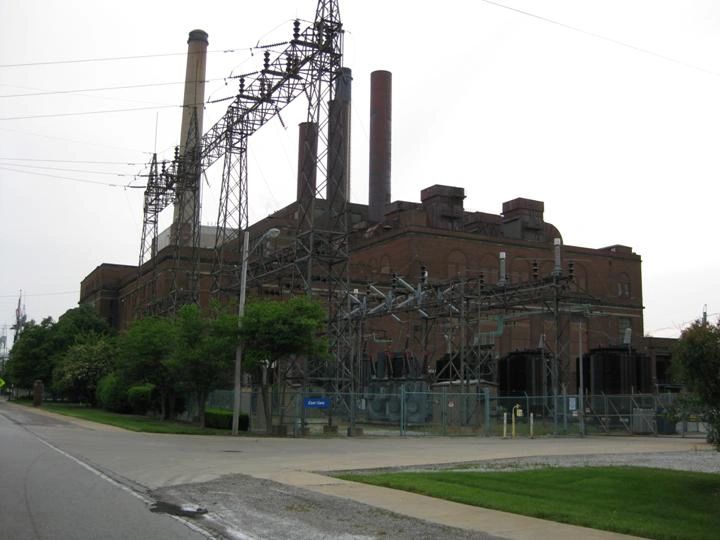 The OES Solar founder toured this coal powered electricity plant (in Avon Lake, Ohio, west of Cleveland) in the early 1970's [May 2009]

The Ohio Office was established in 2008 as the beginning of a business-level strategic alliance between the states of Ohio and Washington, where the company was incorporated in April 2001.  Ohio has become the production location for the new Tensioned Cable System mounting systems.

A Business Conduit - a path for products and knowledge between the re-emerging industrial systems of Ohio and the recurring post-industrial (high-tech and green) systems of Washington -  will be vitally important for the inevitable Relocalization that will occur in communities around the nation and the world.  The Relocalization (already underway by citizens in many communities in Washington and elsewhere, mostly in response to concerns over Peak Oil and Global Warming) can not fully occur without the re-emergence of pseudo-industrial, production-oriented businesses serving to support the local needs for shelter, food, and energy.

Ohio is comparable to a sleeping giant.  Already leading in thin film PV manufacturing (First Solar of Perrysburg, Ohio), excelling in technology research (at, for example, University of Toledo's Center for Photovoltaics and Cleveland-based Case Western Reserve University), instituting a recent Renewable Portfolio Standard for its (currently coal and nuclear produced) electricity - 25% by 2025, and finally reversing a decades long trend, of industrial migration south and overseas, by adopting renewable energy as its economic driver, Ohio is poised to provide new products and industrial systems to the rest of the world.  Washington State can benefit from that green re-industrialization. 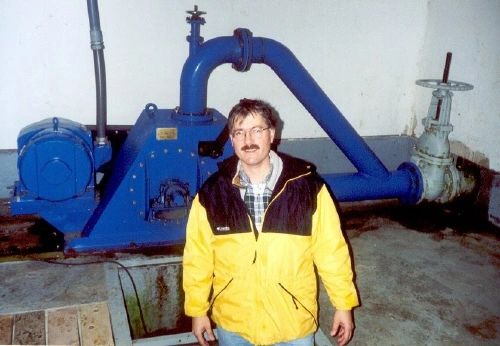 The company's founder and senior consultant is an electrical engineer with over 25 years of industry experience.  Specializing in electric power systems, the firm has designed and developed photovoltaic, solar hot water, and hydroelectric systems, and conducted due diligence and design for wind power systems.  Through consultation, site surveys, trade studies, research, system design, and project management, clients find that they have an advocate to assure cost effective and optimal energy systems.

Resume of the company's founder:

Systems Engineer in Electrical Systems performing duties as Equipment Manager in the      development of the 777 Airplane; responsible for project planning, development of specifications, sub-contractor coordination, system integration, and certification of the ARINC Signal Gateway (ASG) System, the second most integrated microprocessor-based system on the 777.  Test Engineer in the Electrical Systems Laboratory; responsible for developing electrical component tests and test equipment, in support of component flight certification; developed automated tests, motor controls, an optical power dropout detector, and machine tools.  Systems Engineer on the Command & Data Handling System of the International Space Station performing duties as hardware focal.  Initiated a Hardware Problem Review Board and MDM (computer hardware) Integration Team and coordinated sub-contractors in the development of hardware and resolution of integration issues.